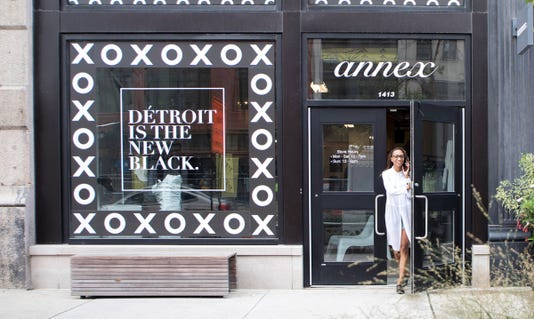 All entrepreneurs must overcome a lot of challenges to score big in business. But Detroit’s black female entrepreneurs need to overcome more than most, facing gender and race bias on top of all the usual problems of competition and cash flow.

But the story of three black women in Detroit shows that success is possible, if one shows the savvy and the grit that it takes to make it.

April Anderson started her Good Cakes and Bakes five years ago on Livernois on Detroit’s northwest side, turned a profit in less than two years, and now caters to a wide range of customers including corporate events for Quicken Loans, JPMorgan Chase and others.

Adrienne Bennett achieved the milestone of becoming the first black female licensed master plumber in the United States. Today, her Benkari plumbing contracting firm, based in northwest Detroit, has won plumbing contracts at some of the biggest projects including the construction of Little Caesars Arena and businessman Dan Gilbert’s Hudson’s site project.

And Roslyn Karamoko opened her Detroit is the New Black apparel company as a pop-up and today operates as a storefront on Woodward Avenue in the heart of the downtown revival. 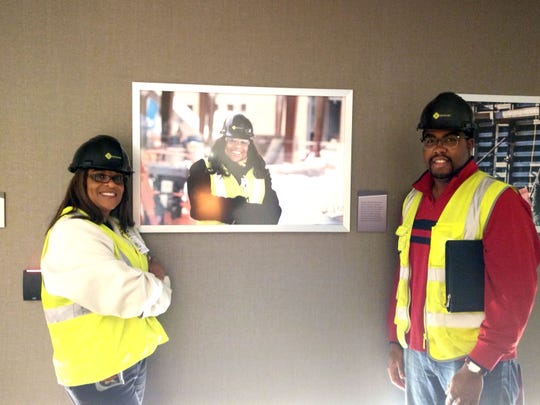 Adrienne Bennett with her son A.K., both of of Benkari Plumbing of Detroit, pose with a photo of her at Little Caesars Arene where they worked on a plumbing contract. (Photo: Benkari Plumbing)

All three women brought financial smarts and a tenacious attitude to their fledgling startups. Most of all, they demonstrate the passion needed to make it as an entrepreneur, especially as a black woman in Detroit — a city that still suffers the scars of poverty and racism.

Ray Waters, head of the Detroit Development Fund, an agency that helps mentor and finance startups in the city, said the most successful of Detroit’s black female  entrepreneurs are “absolutely driven and have a huge passion.”

“They like what they do, which is really critical because you’re going to face bumps all through the process,” Waters said. “They’re smart enough to surround themselves with mentors, some good people who have been successful. And as important, they’re willing to listen because as a good business owner you don’t know everything, and those that are willing to listen to people and be willing to change things as they go forward are the ones that will be more successful.”

“When you’re the first and you’re minority and in you’re in an industry, that means you’ve got some hurdles to cross,” Bennett said. “After 40 years, they’re still watching me.”

Anderson, Bennett and Karamoko agree that if passion is a prerequisite, a successful black female business owner in Detroit needs a lot more. Among those factors: 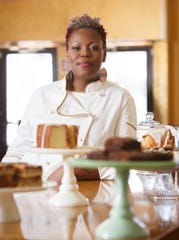 All new business owners can be stunned by how expensive it is to open a new enterprise. So financial savvy and a hard-nosed approach to the numbers are  essential.

Bennett, asked her greatest challenge, said: “It’s going to be the cash flow. … In a small company like ourselves, that’s the biggest thing.”

Build on your strengths

All three of these women had impressive backgrounds before they started their businesses.

Karamoko worked for several years as a buyer for Sak’s Fifth Avenue both in New York and overseas. That experience helped in many ways when she started her Detroit is the New Black apparel firm, where her women’s black V-next T-shirt is her best seller.

Anderson, like many black female entrepreneurs, overcame a lot. She had a child in high school and worked for several years on the assembly line for Chrysler building Jeep Grand Cherokees at the Jefferson North Plant. But eager for a better life, she earned an MBA from the University of Michigan and worked for several years for Chrysler’s financial arm before starting her bakery business. 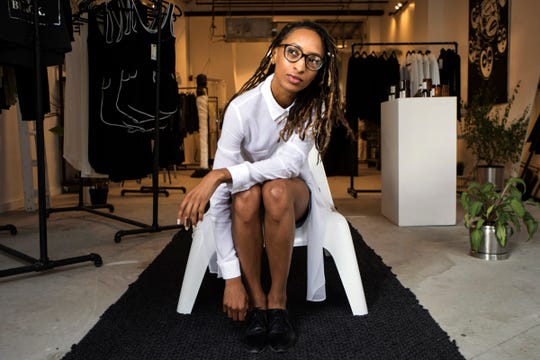 Bennett of Benkari served as a one-time plumbing inspector for the City of Detroit and worked for the Henry Ford Health System overseeing plumbing issues for several years. The hospital system sent her to Disney World in Orlando, Florida, to learn customer service.

“I was like a sponge. I soaked everything up,” she said. Today, her firm emphasizes reliability and service.

There are now multiple training and assistance programs available through Detroit’s entrepreneurial ecosystem. Anderson, Bennett and Karamoko took advantage of all they could.

Anderson and Karamoko each attended the Build Institute, a program for budding entrepreneurs. Bennett’s Benkari got a $10,000 grant from the NEIdeas competition and used it to buy new estimating software to price out its successful bid to work on Little Caesars Arena.

The Entrepreneurs of Color fund, established by JPMorgan Chase and other supporters and administered by Waters, has now given loans to about 60 Detroit minority entrepreneurs, more than half of them women. There’s been only one loan default so far.

Entrepreneurs can also find mentoring at programs like the 10,000 Small Businesses program established by Goldman Sachs.

And of course many entrepreneurs rely on support from parents, spouses, siblings and friends.

“My parents definitely took on a lot of the financial burdens at the beginning,” Anderson said.

Karamoko launched her Detroit is the New Black as a popup in Eastern Market and at the annual Dally in the Alley festival. Benkari started her plumbing firm in 2007 at first just selling plumbing suppliers and only later took on construction jobs.

And Anderson started with no paid employees until her cake business began to catch on.

All three women were able to build on their modest beginnings, gradually gaining revenue and customers.

Nothing less than 100 percent

But for those who do all of the above, success can be sweet.

“When you look at me, just for whatever reason you don’t assume I have the experience level I have or the background I have,” Karamoko said. “And so it’s a challenge. But I have to show up and I prove it every day and I prove it in this business. I’m running it with excellence and I’m really  proud of that.”