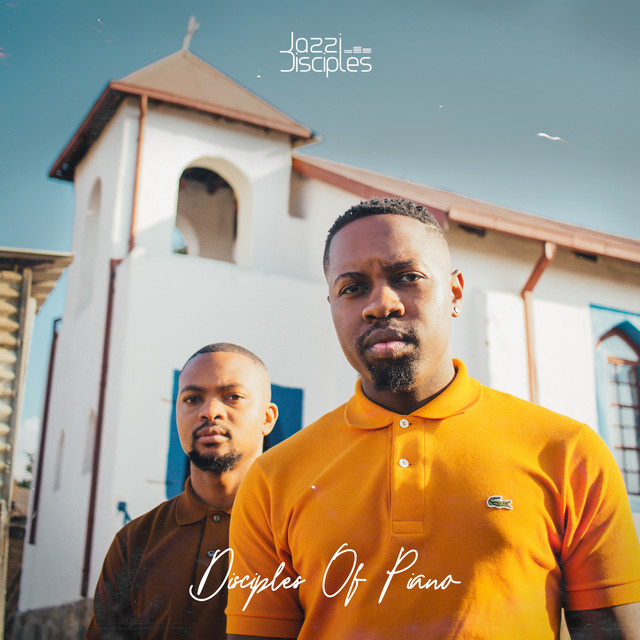 This profile is part of a series of interviews and profiles on amapiano artists and personalities sponsored by Corona. You can follow the rest of the series here.

“We’re the only amapiano guys with an actual album out,” says the duo ‘ manager Havoc. He further adds that the duo is the only amapiano outfit performing at Black Coffee’s annual concert Music is King and Afropunk Joburg, which both took place in December, a month before the duo sat down for an interview with OkayAfrica.” And of course, the Amapiano Sunsets Tour which was organized by Corona earlier on in 2019.

They deserve all the love they are getting. The duo, also known to fans as Bafana Ba Number, are some of the head honchos of amapiano, the popular subgenre of South African house music that one hears everywhere in the country at the moment.

JazziDisciples is made up of the two producers from the Joburg township of Alexandra, Josiah The Disciple and Mr Jazzi. They are known for their mixes, hits such as “Long Lasting” and “The GoodGuys,” and of course their encompassing tagline “Amapiano is a lifestyle.”

Asked what that lifestyle entails, they nominate their manager to respond.

“Amapiano is more of a feeling than it is a sound,” says Havoc. “It transcends through a lot of people because interestingly enough over the past few shows we’ve been doing, we’ve really seen direct effects on what it has on the White crowd, you know. From how they react to, say, EDM. There’s a disconnect between Black people and EDM. With piano, however, everyone really loves it. Like really, really loves it. Like there’s just something about the sound.”

Another aspect of this amapiano lifestyle is how the music was distributed in the genre’s early days and still continues to. Just like gqom before it, when amapiano started, it was distributed through free file-hosting websites like Data File Host and Fakaza, and the links (and actual files) were exchanged in WhatsApp groups. This helped a lot of the producers get gigs.

But what happens when an artist who’s forged a relationship of that kind with their fans now asks them to part with several Rands for music? Mr Jazzi admits it wasn’t easy. “It was very tricky,” he says. “It was very, very tricky because our people didn’t really understand, why are we supposed to move that direction? Because they’ve been feeding us free music, now all of a sudden you want us to pay. So, it was a big hassle.”

He adds that “now the mindset has changed.” The duo’s recently-released debut album Disciples of Piano is doing well, according to them and they are happy with the response from fans.

Just like gqom, amapiano had humble beginnings, starting out as a genre that mainstream media wouldn’t give the time of day. Today, though, things have changed. The genre’s being incorporated by some of the country’s (and the continent’s) biggest artists. The biggest South African hits of 2019 have mostly been amapiano songs.

The duo and their manager all agree that amapiano will eventually travel abroad. “Just like each and every genre, it starts small, it starts just within one niche,” says Disciple. “So that’s how amapiano did. I mean if you’re able to actually get bookings from neighboring countries, then the sound is actually going somewhere. So, it’s going to get to Ibiza one day.”

JazziDisciples aren’t only just pushing the envelope by releasing the first amapiano album and performing on stages the genre has never been given a platform. They also make sure their music borrows sounds from other genres like jazz. “So we’re musical, we just happened to be under a sub-genre,” says Havoc. Disciples of Piano makes a compelling argument for that statement. Alongside the customary keys and lush pads, you hear additional sounds and ones you can’t produce with software. The duo brings in session musicians to play violins and other contraptions for their music.

Their history in conventional South African house is also a great tool they use to their advantage. Says Disciple: “I was just inspired by Culo de Song, so my mindset was just tribal all the way. But then over the years, you listen to other styles like deep house and soulful house. So, when you’re in studio you just think, what if I incorporate other things into this tribal, and see what I can come up with.”

It all worked out. JazziDisciples are at the forefront of a lifestyle and subgenre that has soundtracked many parties in South Africa and neighboring countries since the beginning of the year.

Stream Disciple of Piano below: