Over the years, the startup space has seen a number of impressive and innovative startups that have been geared towards capacity building, employment and most other opportunities without neglecting the revenue generation aspect. While there are hundreds of startups in this space, undergraduate startups are coming up to be formidable forces to reckon with. While some of them have gone on to be come popular and have proliferated the market at exponential rates, some are still in the works. 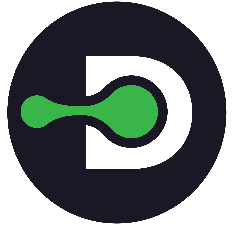 Founded by Edafe Precious and Uko Akanowo, Deggia is a food delivery platform that operates within Bells University of Technology campus. The orders are specifically tailored to the restaurants within the university environment. Deggia platform, for effectiveness, utilizes an application with an inbuilt wallet where students pay the vendors directly from the application, in essence fostering a cashless transaction between student and vendor. The wallet can also be topped up via your bank and used at their operating hours.

Deggia was birthed from complaints about the distance especially for the female students in the Bronze hostel within the university campus and the inability to get exactly what they want as a result.

Deggia was officially launched in March 2021 but has been in operation since 2019. Before the official launch, a Beta test was carried out to test the functionality of the platform and to improve on the possible problems students might encounter while using the application.

The plan is to see Deggia expand to other school environment not just Bells University of Technology and they will achieve this by applying for seed funds over time. 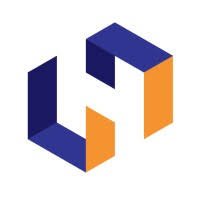 Not a lot of technology startups focus on the environment. It is no wonder why HauseBots caught our eyes. With their Unique mission which is “to use technology to protect and maintain the built environment” HausBots focuses on exterior and warehouse painting alongside building and infrastructure inspection and surveying.

HausBots was founded by Harry Smith and Jack Cornes in 2017. The idea started from an unpleasant painting experience for Harry Smith while he was trying to paint his living room. He saw this as a viable opportunity and set forth on a design journey. The design underwent a lot of modifications as it progressed and when it was satisfactory enough, he submitted his design to the Young Engineer for Britain award. They made it to the reginal finals.

At this time, Harry Smith was set to attend Louborough university to pursue a degree in Design engineering. Naturally, this caused the project to slow down. He had to use up funds in school, so his personal account was no longer enough to push the project.

Jack who was a former classmate of Harry’s got roped into the idea and after sessions of brainstorming, a better and more robust idea come to life and HausBots’ vision was born. Their team grew into three with the inclusion of a startup veteran, Liam Tootill.

Moving forward, the team applied to F-Factor at Founders Forum which was run by Brent Hoberman. Founder’s Forum was an event that collates the UK’s top young entrepreneurs and invites a number of them to pitch at the event. For them, they won the prize of 10,000 pounds which helped with the growth of HausBots.

Founded by George Bailey in 2019 while still a student at the University of East Anglia, Coral Eyewear produces glasses and sunglasses from recycled materials. What this startup does is to get abandoned waste from oceans and landfills like abandoned fishing nets and then recycle them. Asides from producing useful products with these recycled products, another aim of Coral Eyewear is to reduce plastic waste on the planet. This stance reduces the need for the production, generation or purchase of new plastic and to produce eco-friendly glasses. Bailey’s interest in the optical industry was born out of familial involvement and his interest in climate change piqued when he started a course on the subject while in the university. Knowing that brands that produce high quality glasses and sunglasses with recycled materials didn’t exist much at the time, Bailey hopped on the idea to make a statement for climate change.

Jake Humphrey, a local sports presenter and personality developed interest in the startup and has since been involved, a great deal. According to Bailey, the glasses and sunglasses are made from econyl, a regenerated nylon. They get this by collecting the waste at the oceans/landfills, sorting these wastes and cleaning them and recovering the nylon from processing them. This recycling process reduces the impact of global warming of nylon, specifically, by at least 90% in comparison to its production from oil.

The finished product which are the different ranges of glasses and sunglasses are delivered in a plastic-free packaging through a carbon neutral delivery service, making it a complete eco-friendly package. 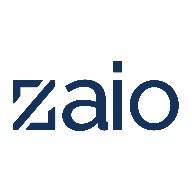 Adapted from the Nguni word ‘Okuzayo,’ Zaio means future, an allusion to what founder Mvello Hlophe aspired to achieve in the coding space, a future where there exist evenly distributed opportunities for the endless talents that exist. Launched in 2017, Zaio helps businesses in their staff recruitment process. They do this by sourcing for junior developers who help the respective organizations to design prototypes tailored to their requirements.

Zaio is not only involved in recruitment but it is also in itself a platform that delves into training of developers with industry-relevant coding skills. The learning atmosphere in this platform is unique in the sense that the curriculum is gamified and this allows for practical applications of what these developers are learning. The startup has been funded over time by an angel investor, grants from Injini, an EdTech incubator and SAB Foundation, through the University of Cape Town’s Graduate School of Business.

Zaio has produced part time jobs for quite a number of people and they have also hired about 5 people as well as at 2019. Despite their growth, Hlophe is still looking to raise funds so as to produce better and more robust services both for their clients and their developers 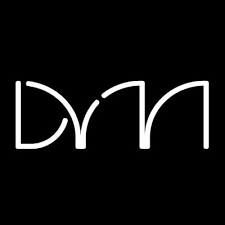 A South Africa based startups, DVM Designs produces a range of 3D printers for use both in the education sector and in the industry. The startup not only deals with this but is also involved in rendering of client ideas through prototyping, animation and product design.

Founded by Denislav Marinov, the startup started as a one-man business and while he has been able to generate revenue over time, there have been plans geared increment of the production capacity and this will involve absorbing a team of engineers that are not only skilled but experienced too. All along in this startup, Marinov engages with industry professionals to get advice and generate plans through the help of books.

Marinov mentioned in an interview, with Daniel Mpala of ventureburn in 2019, that the startup has largely been bootstrapped since inception and he has raised over R50,000 through crowdfunding and some of the revenues were generated from client projects.

While all of these are enviable, the startup is still strategically planning its growth. 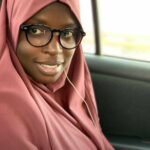